Hargeisa: a capital city without theatre 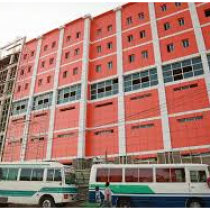 Hargeis is the capital city of the Republic of Somaliland. Although it is well-known for its leading role in contemporary Somali music, Hargeisa does not have a theatre.
Since Somaliland declared independence in 1991, Hargeisa has been the seat of the government, business hub and the most populous city. The city’s theatre, which was once busy entertainer and school for Somali musicians, was destroyed by 1980s war.
A businessman is building a mall at the surrounding land of the theatre. The same businessman leased the theatre and should have reconstructed it. But, the theatre is still waiting investment.
The absence of a theatre suppressed artistic talents. Hargeisa is no longer producing dramas. The leadership of the city in Somali literature is impaired by lack of infrastructure.
Many Somalianders particularly the young are interested in music.
"What you should do in your time in Hargeisa? Nothing,” says Farah Abdi, a young resident in Hargeisa.
The anxiety of the youth will not be soon lifted. There is no sign of reconstruction of Hargeisa theatre.