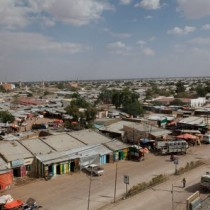 Hargeisa- The powerful religious organization called the Committee for the Promotion of Virtue and the Prevention of Vice imposed an order to the hotels in Burao city, east of Somaliland, which prohibits music.
The ban affects weddings and music concerts, hotel owners said. The religious organization communicated to the hotels and the hotels enforced it.
The governor of Togdheer region, Mohamoud Ali Saleben Ramah, told Horn Cable Television that he supports the ban. He told the television that he did not impose but he welcomes.

Young residents who spoke to the media showed their discontent and said it is an unprecedented move that oppresses them.
A member of the Committee for the Promotion of Virtue and the Prevention of Vice told the Horn Cable Television that God has prohibited music.