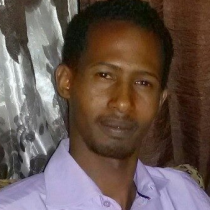 Copying is widely practiced which hamper talent based business modes and startups.

You will see some big companies who confuse the lifecycle of business and hijack country’s political direction to their profit oriented interest. Using power of dirty politics based on clan linkage and weak regulatory framework, they are able to receive many in improper ways. In such unregulated mechanism, the business community is able to evade tax.

In generally, they benefit preferential treatments. For instance they buy public asset in a price lower than that of its equivalent market value by using undue influence, nepotism and clan politics.

The employment and recruitment procedures of many companies are not transparent. They recruit along clan lines and pay in a low salary scale.

Unfortunately, they then import commodities, goods and services rather than investing our virgin land by financing cereal, vegetable and fruits, fishing, tourism and livestock industry which are more beneficial and add value to the market. All these activities show a big setback of country’s growth and they do not add value to the country’s gross domestic project.

For example the telecom companies each year launch a new updated service of internet like G2, G3, G4++, but these innovations did not make a positive impact to market. They only compete themselves with a copy cut business.

The revenue they are collecting is not wisely utilized. It would have been good, if they invest the country and perform their social responsibility by helping the schools, digging boreholes or building shelter to those who do not have. Furthermore, the concept of profit oriented business is simply increasing population disparity into class and widen poverty gap between those 4G++ and those at scratch level.

Adam Ahmed Adam
Adam is an economist and columnist who is based in Erigavo, Sanaag.
The views expressed in this article are the author's own and do not necessarily reflect Somaliland Daily’s editorial policy.