Somaliland: Dismissal of MP Nasir A Shire is a blow to anti-corruption fight 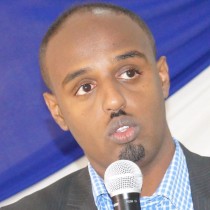 On Saturday, 18th August 2018, the Speaker of the House of Representatives dismissed Nasir Ali Shire from his chairing position after the Public Accounts Committee he was leading published a report unearthing corruption accusations.

Nasir Ali Shire, who is a member of the House of Representatives of the Parliament, is elected from Togdheer region. He was the chairman of the Public Accounts Committee of the House. The committee is responsible for checking the executive on financial matters. Their role is vital but largely dysfunctional.

Do not talk about corruption

Somaliland has a record of impunity when it comes to corruption. This country is held back by corruption that infiltrated all sectors. It is not only the improper tender awards carried out in manners contradicting procurement laws or sales of government lands but also in everyday life, citizens are asked to pay to government officers carrying out their duties. These payments are given numerous names such as Xaqal Shaah (for tea), Hawlfudaydin(facilitation), (fuel) etc. Public service corruption is rampant.

The Auditor General and the Attorney General are "toothless watchdogs” or as many say complicit. They do not even try to challenge of .

Media houses who report about corruption end up closed or prosecuted. Haatuf newspaper was shut down after publishing stories of corruption in 2014. Ogaal and Foore newspapers were also prosecuted andHubsadwas suspended due to stories these newspapers printed.

Why Nasir lost his position?

Nasir Ali Shire took over the leadership of the Committee after his predecessor was similarly sacked upon reporting corruption allegations.

The heroic action of Nasir attracted public support. People expressed their media and demanded prosecutions to follow suit. The evidence he presented was compelling.

What scared corrupt politicians and businesspersons was not Nasir and his daring reports per se, but the publicity the report received and the public approval for fighting corruption.

He gave media news stories. Allegations of corruption were in every newspaper, television and website. It was no longer coming from anonymous sources fearing to be named.

President Muse Behi came in power by winning the 2017 presidential election. During campaign period he repetitively pledged to fight corruption. So far, no actions in this regard were taken and his government has not investigated the accusations made by the Committee.

I have to mention that the report of the Public Accounts Committee covers 2016 which predates Muse Behi’s presidency. Therefore, his administration is not accused of anything.

The president needs to take urgent and strategic actions to fight political grafts. His interventions and willingness are prerequisites for the eradication of corruption. Establishment of an independent Office of Attorney General, Auditor General, Anti-Corruption Commission, and Public Procurement Office with zero tolerance to corruption have to be his priority number one.

All officials implicated in corruption has to be charged in court.

The views expressed in this article are the author’s own and do not represent those of any organization.