Somaliland: The ruling party and the opposition are at a standstill over the elections schedule 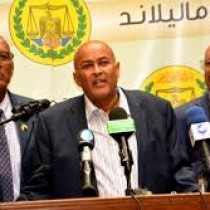 Hargeisa: The opposition parties of the Republic of Somaliland have accused the President of Somaliland, Muse Behi Abdi, of vying to remain in power indefinitely, an allegation rebuked by the ruling party leadership.

In a joint press conference, the chairpersons of Waddani and UCID, Hersi Haji Ali Hassan and Faysal Ali Warabe, respectively, emphasised an allegation labelling the President a dictator in the making.

"We are complaining that the President who has completed his five years term wants to stay in power. He is disrupting the National Electoral Commission,” says Hersi Haji Ali, the chairperson of Waddani.

"The president set aside the constitution and the country's other laws,” He added.

Faisal Ali Warabe insisted that the opposition will not accept an extension of a presidential term. Faisal stated that an investigation committee appointed by the President to investigate the National Electoral Commission is illegal and intended to disrupt the election schedule.

"The statement of the opposition is a mobilisation for war,” he said in a press conference held at the Ministry of Interior with the presence of other five ministers.

"We call on the public to keep the peace and coexistence of the society,” says Mohamed Kahin Ahmed.

"The government and Kulmiye [the ruling party] are telling the youth that we are leading you with peace and love,” the Minister added.

Kahin, who is also the deputy chairperson of the ruling party, Kulmiye, called on the opposition to refrain from inciting the public to violence.

This heated exchange of words between the ruling party and the opposition is a renewed dispute concerning the date for holding the presidential election and the elections for political associations/parties.

On 10 May 2022, the President appointed a committee to investigate the National Electoral Commission citing article 15 of the Elections Act. Article 15 is titled "the dismissal of the members of the Commission.”

The President’s appointment of the investigative committee sparked anger from the opposition, which claimed that the President’s purpose is to delay the presidential election by "dismantling” the Commission.