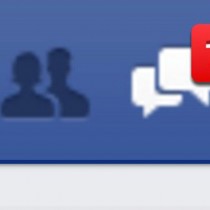 Hargeisa Regional Court has been trying six court clerks facing prosecution related to Facebook posts and chatting.  Today, the Court heard the closing arguments of the Office of the Attorney General and the defence lawyers. The six clerks were arrested after the chairman of Hargeisa Regional Appeal Court said fake Facebook account carrying his name was made and updated by his clerks without his permission. The clerks are accused of defamation and sabotage. The prosecution submitted chatting messages and posts as evidence. The defence lawyers rebuffs the accusations. During the first hearing, the defence lawyers were arrested and sentenced to one year of imprisonment for "inciting” after they raised objection against the charge sheet. After days in Hargeisa and Mandheera prisons, they were released. "The same court is the victim as well as the judge of the case. It is a conflict of interest. That is not justice,” says a family member who remained anonymous. "The case is the first of its kind ever heard by Somaliland Courts,” says Ahmed Hussein Abdi of the human rights advocacy group, Human Rights Centre. The presiding judge has not set a date for the pronouncement of the judgment.