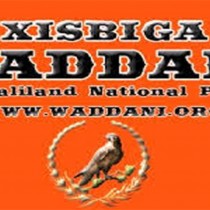 Ahmed Moumin Seed filed a suit at the Commission of Registration of Political Associations and Certification of Political Parties to challenge Waddani political party decision dismissing him from the post of first deputy chairman along with other members. Ahmed argues that the discharge pronounced by the leadership of Waddani was "handled in contrary to the constitution of Waddani and the national laws”. Waddani is the main opposition party of Somaliland. In its Central Council conference held in October, it elected presidential and vice-presidential candidates. Ahmed Moumin Seed, a vice-presidential candidate, disputed the results which he called "rigged”. The dispute exacerbated when Waddani leadership declared that Ahmed and his supporters including one of the deputy chairmen were fired from the party. This case is the second one of its kind initiated before the Commission in this year. The Justice and Welfare Party wrestled in a legal argument that went all the way to the Supreme Court after the then presidential candidate, Jamal Ali Hussein, sued the chairman, Faisal Ali Warabe. The cases was concluded in favour of Faisal Ali Warabe who was nominated by the party to run his third time as a president hopeful. Somaliland has three political parties, namely, Kulmiye, Waddani and Justice and Welfare Party. The constitution limits the number of allowable parties to three.