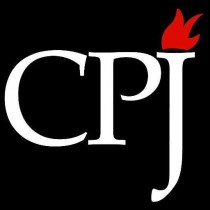 Hargeisa- Journalist Mohamed Adan Dirir is transferred to maximum security prison at Mandheer. The Committee to Protect Journalists "condemned the conviction and sentencing of Somaliland journalist Mohamed Adan Dirir during a one-day trial held without the journalist's lawyer," CPJ says in a statement.
Dirir was charged and convicted on 8th October 2017 in Hargeisa.
The lawyer of journalist, Abdi, told "CPJ that the courts did not inform him or the journalist's family of the court date and they learned of the conviction only after Mohamed, who is an editor for the online news portal Horseed News and owner of the news website Saylactoday, was sentenced,” the CPJ statement adds.

"Mohamed Adan Dirir should never have been prosecuted in the first place and the manner in which this trial was carried out is unjust," said CPJ Africa Program Coordinator Angela Quintal in New York. "Authorities should overturn the journalist's conviction on appeal and release Mohamed immediately."