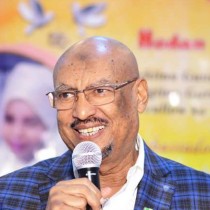 Hargeisa- Faisal Ali Warabe, the presidential candidate of Justice and Welfare Party, says he will accept election results.
Speaking to the media after he returned from Kenya and Ethiopia, he said his party is ready to work with the National Electoral Commission (NEC).

Three candidates are running for the presidential office of Somaliland in an election that will take place on 13th November 2017.

Seven hundred people are eligible to vote, according to the National Electoral Commission. The incumbent president is not seeking re-election.
The campaigns are expected to officially start on 21st October.