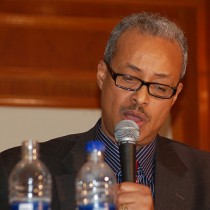 Minister Osman Abdilahi
Hargeisa- Osman Abdilahi Sahardiid, the Minister of Information of Somaliland sends condolences to the people of Somalia for the deaths and injuries caused by a deadly attack that has happened in Mogadishu, claiming the lives of hundreds of people.
"On behalf of the people and the Government of the Republic of Somaliland, I send condolences to the people and officials of Somalia on the barbaric attack in Mogadishu which claimed the lives of hundreds of people,” the Minister said in a statement.
At least 276 people were killed and more than 300 were injured by the deadliest terrorist attack. A truck bomb blasted on Saturday in Mogadishu, the capital of Somalia.

The government of Somalia accused al Shabaab.
So far no group has claimed the attack.