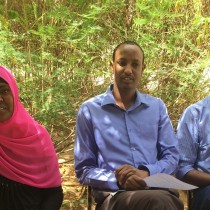 "The directives made by the National Electoral Commission on the campaign hours, ethics and safety of the public shall be fully enforced while the parties are refraining from anything that can harm the supporters of the parties and the public,” the statement adds.
The Group urges the government officials to be impartial and treat the parties equally.
"The decrees issued by the President of the Republic of Somaliland shall be implemented, and the state property shall not be used in the campaign.”
"We call on the civil servants to refrain from the politics as the laws of the country require,” the statement says.
The Group demanded the decisions of the Election Monitoring Committee be implemented.
"We call on the security agencies to ensure that parties conduct their campaign activities independently and be treated equally without hindrances,” the statement adds.
Lastly, the statement asked the media to apply the Media Code of Conduct during the election period.