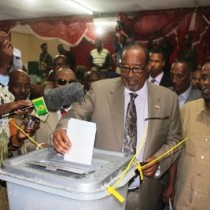 This EOM marks the fourth election in Somaliland observed and reported on by DPU and Somaliland Focus since 2005. As the third presidential election (following the polls in 2003 and 2010), it is the first poll to use a new voter registration system, which itself marks the first use of iris-scan biometric technology in an African election. The election was delayed by devastating droughts in 2016 and and comes at a time when Somaliland is attracting significant infrastructure investment from the Middle East and alongside Somalia’s own efforts to rebuild its shattered political system. The EOM is particularly hopeful that the implementation of the voter registration system will address issues that have marred previous elections, and looks forward to commencing its mission.
The EOM is led by the Development Planning Unit (DPU) at University College London (UCL), and Somaliland Focus UK. Team co-ordinators will examine all aspects of the pre-election campaign, including access by political parties to locations for campaigning, the equality of access to the media, and the procedures that will be employed for the distribution of election materials, voting itself and the counting and of ballots. The full team, which includes observers from 24 countries, will assemble on 8 November, departing Somaliland 16 November, with a small team remaining to observe the post-election period, including the declaration of results. The EOM will observe polling stations across Somaliland’s six and will publish its final report in the first half of 2018.
Says Michael Walls of DPU, observer on the EOM:
"This election will mark a milestone in Somaliland’s electoral development as it will be the first time that the incumbent has not challenged for the top job. As ever, there have been complex realignments in the positioning of different groups, and a peaceful and credible poll would represent a significant step forward in the consolidation of the representative democracy that has become such an impressive hallmark of Somaliland politics over the past 15 years.”
For further information or to arrange an interview with a member of the coordination team, please contact Conrad Heine (EOM media coordinator) on +252 (0)63 486 5255 orieosomalilandmedia@gmail.com.Photographs are also available