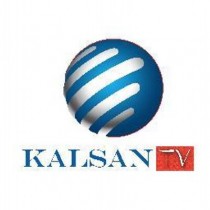 Hargeisa- Today, the Minister of Information Osman Abdilahi Sahardid indefinitely banned Kalsan TV, the UK based Somali broadcaster, and ordered the closure of its offices in Somaliland. The ban is connected to coverage broadcasted by Kalsan TV which reported about incident that has happened on 3rd November at a ruling party campaign rally held in Laas Anood, east of Somaliland.
The Minister issued a decision today and held a news conference in which he announced that he revoked the license of Kalsan TV. A copy of the decision seen by Human Rights Centre says Kalsan TV is banned for "violating the statehood of Somaliland and broadcasting on 3rd November a false news”. The decision also accuses the TV of disturbing the security and peace of the country.

The coverage which the ban is connected was broadcasted on 3rd November 2017 and shows a disturbance at a campaign rally in Anood held by the ruling party, Kulmiye. The video clip aired on the television displays disruption at the rally and shots fired by the security forces.
The ban is contrary to the Constitution and the Universal Declaration of Human Rights. Article 32 of Somaliland constitution states that the media is independent and prohibits all acts that subjugate the media. Article 19 of the Universal Declaration of Human Rights says "everyone has the right to freedom of opinion and expression; this right includes freedom to hold opinions without interference and to seek, receive and impart information and ideas through any media and regardless of frontiers”.
"If the government has an objection against the news item, it should use the legal channels instead of revoking its license. We are very concerned about the action of the government in an election period,” says Guleid Ahmed Jama, the chairperson of Human Rights Centre.
Human Rights Centre calls on the government of Somaliland to allow Kalsan TV to resume broadcasting immediately.