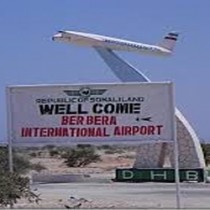 The Justice Secretary of Waddani opposition party accuses the minister of justice and the commander of Somaliland Prison Guards over the death of a prison inmate who died in Berbera Prison. In 24th November 2016,  one prisoner died and another was injured in a prison located at Berbera, the main port city of Somaliland. According to the Minister of Justice, the man committed suicide. Barkhad Jama Hersi, the Justice Secretary of the main opposition party in Somaliland, said that there is a need of further investigation and called on the family of the deceased to sue the Minister of Justice and the Commander of the Prison Guards "for failing to duly perform their tasks and committing negligence,” he said. Amnesty International in October issued an Urgent Action "calling on Somaliland authorities to order an immediate impartial investigation into allegations of rape, other sexual violence, and other forms of torture and ill treatment of female detainees at Gabiley prison. "The statement from Amnesty stated that "female detainees at Gabiley prison have complained of sexual violence, including rape, and other forms of torture and ill-treatment by the male guards at the prison.”The government rebuffed the allegations. The National Human Rights Commission says in a statement "we have found no evidence to support the allegations of rape and sexual violence that Amnesty International alleges to have taken place in Gabiley prison”.