Let me introduce to you the next chair of SONSAF 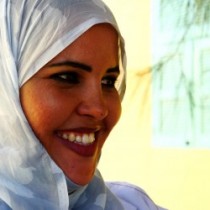 Hargeisa- Somaliland Non-State Actors Forum (SONSAF) will convene its general assembly in Hargeisa on 3rd July 2018 year, but the next chairman is already known.

The entity is undemocratic, partisan and a replica of the ruling party.

The meeting should have happened last year. However, it has been delayed and the leadership has extended its term like the Guurti of Somaliland.

Again, SONSAF decided to follow the usual course of actions in selecting delegates and electing the board and its chair.

No one else except the two clans who are in coalition in Kulmiye can become a chairperson or executive director.

The upcoming chairman will come from the same clan as that of the current chairman Saad and the president of Somaliland. will not change.

Anwar Warsame is a member of the Board of Directors of SONSAF and executive director of Sahan. It is certain that he will be elected because that is how the arrangement is set.

Democracy does not exist in . Everything is decided by a small well-connected group.

SONSAF does not cover up its association with Kulmiye. For instance, Ahmed Hashi Oday, a board member, is of the Central Committee of Kulmiye and the head of a government agency, Somaliland National Health Professionals Commission. Chief Mohamed Ali Mohamed who is a department director at the Ministry of Interior, is also a member of the board of SONSAF. These are only two examples.

In short, SONSAF is run by Kulmiye who also decides its leadership.

I wonder why the civil society in Somaliland does not protest against the practices of an organization that claims to represent them but does represent a scheme?

Then why the donors continue to support an entity that does clearly violate the basic standards? spent in an organization of such nature?

The views expressed in this article are the author's own and do not necessarily reflect Somaliland Daily's editorial stance.