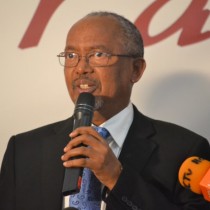 Religions leaders, politicians and traditional leaders from all around Somaliland gathered in Eil-Afwayn in an attempt to end over two years long interclan war that has claimed the lives of more than 90 people.

The violent clashes happened in rural areas and villages under Eil-Afwayn district of Sanaag region.

A delegation led by the vice president is there along with respected elders and religious leaders including Shiekh Mohamed Omar Dirir, a prominent preacher based in Hargeisa.

The conference is intended to resolve the conflict and restore peace in the area, according to the vice president, Abdirahman Sayli.