NEC has a tenure to finish, says Information Minister 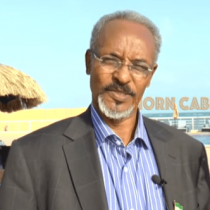 Hargeisa- The information minister of Somaliland slammed Waddani's demands of changing the members of the electoral body.

The main opposition party, Waddani, has been calling on the government to dismantle the current members of the National Electoral Commission (NEC) accusing them of fraud, an allegation repeatedly denied by NEC.

In a statement issued by the Minister of Information, Abdirahman Abdilahi Farah, said: "It is impossible to replace [NEC members] before their term expires.”

The minister also criticized what he called threats against Dr Michael Walls, the chief observer, of 2017 presidential election.

He said the government guarantees the security of citizens and foreigners as well.

Dr Walls made a statement last month defending the international observers from claims of bias level by Waddani and a documentary film called Baadi Goob.

Walls called the allegations unsubstantiated and linked it to a clan conference held in Ga’an mountains of Sahil region.

The later assertion attracted accusations from clan leaders and Waddani.