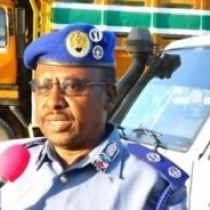 Hargeisa- The Police Commissionaire said a lorry was robbed by armed men in Hargeisa on Wednesday night, 5th September 2018.

According to the Commissionaire, Abdilahi Fadal Iman, who held a press conference at his office in Hargeisa, men robbed the lorry by gunpoint from Hargeisa and drove towards the east.

The police chased them and were successful in bringing back the lorry after the armed men and the police exchanged fire.

The Commissionaire has not exposed the number of the men who escaped on foot after they were outpowered by the police.

No one was injured.

The motive of the robbers and their destination are not known.