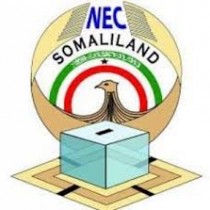 Hargeisa- Talks between the opposition and the ruling parties ended in disagreement. The parties are in deadlock over the fate of the National Electoral Commission.

Waddani opposition party is demanding the removal of the NEC members while the ruling party is insisting the members to finish their legal term.

Concurrent elections for the House of Representatives and the Local Councils are scheduled for March 2019.

The chairman of the national youth umbral, SONYO, called on the National Electoral Commission to resign. Speaking in a press conference held at the office of Somaliland Nonstate Actors Forum (SONSAF), he said the Commission has to compromise election to happen. SONSAF disagreed and stated that they are not in conformity with the statement made by SONYO.

Chairperson of SONYO, Abdiasis Saed Salah, repeated his position in an interview he gave to SOMCABLE TV.

SONSAF stated that it will mediate the political parties. SONYO is also a member of SONSAF.

The division of the civil society and conflicting messages may not help to solve a dispute between the political parties ahead of a looming election.