Somaliland closes a television and detains its owner 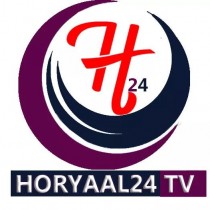 Hargeisa- This morning the Police has taken Mohamed Osman Mire "Sayid" into custody. Journalist Sayid is the owner of Horyaal TV which has been closed down by the police.
On Friday evening the police took over the headquarters of the television and ordered the staff to vacate. No court warrant or other forms of written order has been shown to the management of the television, sources present at the time of the closure told Somaliland Daily.
The government is yet to comment on the decision to close Horyaal.
Horyaal has been recently reopened after it was suspended by the Minister of Information.

On 3rd September, the chairperson of Hargeisa regional court ordered internet providers to block Hadhwanaag news website after the governor of the Central Bank of Somaliland submitted a complaint on reports of allegations of corruption published by the website. The governor denied the allegations and called it baseless.
Rights groups and media organisations condemned the blocking of Hadhwaanag, closure of Horyaal TV and the detention of journalist Sayid.
Contact:
editor@somalilandaily.com