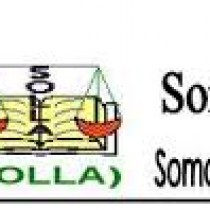 Here is a press statement issued by the secretary-general of Somaliland Lawyers Association.

Defence lawyers are not allowed to meet their clients in detention centres and the police refuse to disclose evidence. These actions make a difficult defence team to provide proper and effective legal representations. Additionally, lawyers report harassment and unfair treatment during their work.

According to article 27(1) of the Constitution of Somaliland, "any person who is deprived of his liberty has a right to meet as soon as possible his legal representative.”

Yet, Somaliland lawyers are not allowed to meet their clients in police stations and they continue to face huge obstacles in defending citizens whose rights have been violated.

Lawyers have a right to exercise their professional responsibilities in true independence and they should not be subjected to pressures. According to Principle 16 of the Basic Principle on the Role of Lawyers, "Governments shall ensure that lawyers (a) are able to perform all of their professional functions without intimidation, hindrance, harassment or improper interference.” According to the African Commission, "the right to defence as guaranteed by Article 7(1)(c) of the African Charter on Human and Peoples' Rights was violated in a case where two defence teams had been "harassed into quitting the defence of the accused persons".