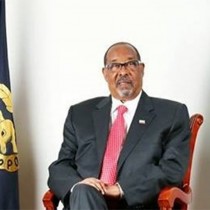 Last night the president of Somaliland Ahmed Silanyo dismissed three ministers and six deputy ministers and state ministers. The Minster of Water, Minister of Sports and Youth, and Minister of Labour and Social Affairs were relieved of their duties. Their replacements and other more minister and deputies as well state ministers were also appointed in a presidential decree released by the presidency late last night. Other key senior government officials including the Governor of the Central Bank and the Manager of Hargeisa Water Agency were fired. The new faces include Ayan Mahamoud Ashour, active Diaspora and organizer of Somali Week Festival, Hargiesa Book Fair and other cultural activities, who was appointed as the Somaliland's ambassador in the UK. The reshuffle affected director generals, head of government authorities and regional governors. The presidency has not given explanations of what caused the reshuffle.