Why Somaliland Should not Accept the UAE Bid for Berbera Base 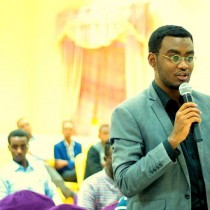 Abdirashid Jeeni
Though not internationally recognized, Somaliland has a fully functioning political system, government institutions, a police force and its own currency, Somaliland is a nation that governs itself despite lacking recognition. Geographically Somaliland locates in the horn of Africa’s most strategic landscape; it has 740 kilometers (460 mi) coastline mainly lying along the Gulf of Aden.