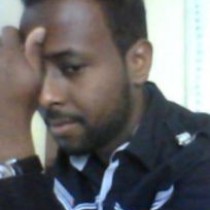 Mohamed Ahmed Abdi Ba'alul
No one thinks that he would live enough to see when our peace-makers turn in to trouble-makers. The upper house of parliament, has no longer most privileged members, or engaged in its hot debates on issues affecting the lives of ordinary citizens. It's effective, peace-making dispatches to remote hinterlands are not visible in the headlines, despite of recurring inter-clan hostilities. If they were once the symbol of security, consensus, and the glue that holds Somaliland together, today the reality tells you a different story.
The massive leverage from UAE, and its brokers within the government had turned the conservative approach of the house into a place of political maneuvers . Their blind support to the controversial deal between the government and UAE, which permits for the UAE to establish a naval base in Ber-bera airport, is a good example of the risk-taking elders against inquisitive young representatives.

The chairman of the Guurti, Suleiman Gal, had set up the arrangements of the new strategy. It was the murky aspects of the new deal that dictates such strange and new rules to be applied to the joint-session of the parliament. It was him, the eighty year old Suleiman, who invented the procedural rules of the scheme, to enable himself for a position that he could hijack the chairmanship of the lower house, after the presidential speech. Without looking into the Constitutional rules that defines parliamentary approvals, Suleiman had chaotically opted to dominate representative’s session, turning his guurti men (guests and the audience of Silanyo’s speech) into the line-up substitutes for the vacant seats of the dissident representatives.
Putting things together in that urgent and disorderly way, is the reason that poses many Questions, especially to the observers of Suleiman’s show. With the support of intrusive giant cops, he managed to suppress the opposite voices by throwing protesting MPs out of the session, and threatening others to be strictly dealt if they did not yield to the new rules. There was no inquiry, no debate, no comment or a whooping cough from the quiet and unexpressed members who chose to work for their Emarati patrons. They meekly raised their hands for the Yes option, without asking more time to read or to deliberate the content of the proposed document. The strange to say, Ululating females were audible somewhere behind the cameras after the approval of what was claimed to be a deal.
Looking the scene in to the bird’s eye, you may contend that we are tempted away from the rationality approach, away from the open dialogue and discussions, away from the ways we used to solve our differences without external intervention. Today, our system of governance appears to be moving away from its public, unresponsive to their will and secretly serving for the interests of other political entrepreneurs. It is the first time, if not the second one, that we find ourselves divided by an Arab issue, and plunge our peace-loving nation into unreasonable hostility that has nothing to do with it.
Holding such opinion, does not mean that i am against the idea of peaceful and economic cooperation. But what is more worrying to every Somaliland intellectual, is to see his country drawn into proxy wars of other states, or messing with irrelevant ideological competitions.
In this regard, we have to avoid to be hoodwinked into unclear transaction that may affect our destiny as a nation. What only matters, is our Nationality Unity, our institutions as a constitutional democracy, and the will of the governed . The government should stop mobilizing traditional leaders of certain clans through its media to support other foreign interests. Nevertheless, it had better to act rationally and sincerely explain its policies on its current businesses with UAE, to the Public.
About the author
Mohamed Ahmed Abdi Ba’alul is a lawyer and blogger and
The views expressed in this article are the author's own and do not reflect Somaliland Daily’s editorial policy.