Somaliland and COVID-19: Is the government doing it right? Editorial 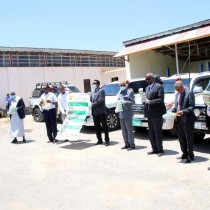 COVID-19 taskforce
Hargeisa- Editorial- There are only six confirmed cases of COVID-19 in Somaliland, according to the Director General of the Ministry of Health.

The Ministry tested 193 people, according to the Ministry. This means 3% of those tested are positive.

To compare most of the other countries, Somaliland is not making many tests, and this is not in conformity of the World Health Organization (WHO) recommendation which emphasizes testing.

Somalia, Ethiopia and Djibouti, the three neighbours of Somaliland has more cases than Somaliland.

Although Somaliland has officially closed its borders, people cross, partly because it is hard to patrol the long borderline, and partly because the government has not taken consistent policy regarding border closing.

The question is: Is it forethought policy from Somaliland not to carry out tests?

The government of Somaliland has not said anything about its testing policy. We do not, therefore, intend to speculate why. However, it is worth inquiring question.

Furthermore, mosques are still operational and open for congregational prayers. An attempt by the government to ban congregational failed after powerful religious leaders objected. Restaurants are open.

While the future will decide if the actions or inactions of the government will work or not, it is vital the government provide more information regarding how it is handling the pandemic that has taken tens of thousands of lives across the world.